Delivery : Instant Email Delivery
405(u) Fraud Redeterminations is digital course. We will delivery via your email with download links. You can online access with smart device or download to personal computer. 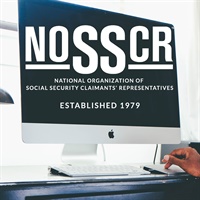 You may recall the 60 Minutes Episode from October, 2013, where Attorney Eric Conn of Prestonsburg, Kentucky was the subject of a piece on alleged disability claims fraud. In mid-2015 SSA commenced a mass redetermination of claimants who had been approved for disability between 2007 and 2011. NOSSCR sent out a call for volunteers to represent over 1000 claimants whose benefits were put at risk. Hundreds of hearings have been held and it appears that about half of these claimants will have their entitlement to benefits retroactively voided. There are going to be hundreds of cases in Eastern Kentucky that will be ready for appeal to federal court, a number far beyond the ability of local counsel to handle. These claimants and their local counsel are looking for appellate lawyers. While the administrative hearings have been pro bono fees may be available for federal court appeals.

The cases present unique issues arising out of the process used in these redeterminations, ranging from due process challenges to Administrative Procedure Act violations to violations of various regulatory requirements of disability adjudications.

This session will offer

A summary of the facts of the investigations and other process leading up to these redeterminations;

An overview of the arguments pertinent to these federal court appeals;

A discussion of procedural considerations in these appeals;

A briefing on the status of pending litigation
Law School:

Virginia State Bar, Virginia Trial Lawyers Association, NOSSCR, ABA
Professional Biography: Mr. Goss began his legal career in 1977 with the Tidewater Legal Aid Society in Norfolk, Virginia. For four years, he represented disability claimants living in the Tidewater region of Virginia in Social Security Administrative courts, in the United States District Court in Norfolk, and in the United States Fourth Circuit Court of Appeals. He continued to represent disability claimants when he entered private practice in 1982, and has represented thousands of disability claimants over the years during his legal career.

Mr. Goss responded to NOSSCR’s 2015 call for attorneys to represent disability claimants being subjected to redeterminations in Eastern Kentucky and West Virginia. To date he has represented over 50 of these claimants. He has been active in training volunteer attorneys in Kentucky, and has been an active participant in the list serve set up by Charles Hall for experienced practitioners to share information with other volunteer attorneys.

Mr. Goss is counsel of record in the class action filed in West Virginia, and appeared with his co-counsel in U.S. District Court in Huntington West Virginia yesterday for argument on the plaintiffs’ request for a preliminary injunction.

Mr. Goss is one of six recipients of the 2016 American Bar Association Pro Bono Award The award recognizes his work in behalf of these disability claimants.