Delivery : Instant Email Delivery
Motion 5.4.6 Multilingual (Mac OS X) is digital course. We will delivery via your email with download links. You can online access with smart device or download to personal computer. 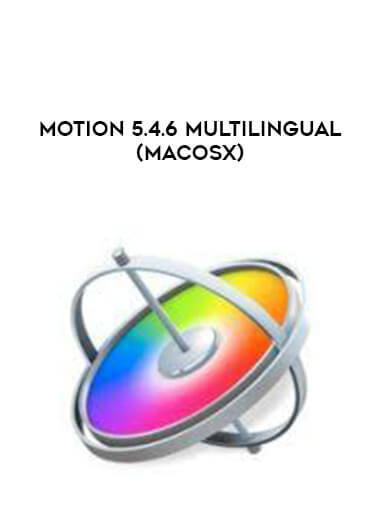 Designed for video editors, Motion is a powerful motion graphics tool that makes it easy to create cinematic 2D and 3D titles, fluid transitions, and realistic effects in real time.

– Build 3D titles from scratch, design them with easy-to-use templates, or instantly convert any existing 2D title to 3D

– Save any title, effect, transition or generator and access it directly in Final Cut Pro

– Customize Final Cut Pro titles, effects, and transitions by opening them in Motion

– Create Motion Templates with any combination of single parameters and rigs, that let you control a group of parameters with a slider, pop-up menu, or checkbox in Final Cut Pro

– Choose from more than 230 behaviors for natural animation without keyframes

– Transition from 2D to 3D space by adding cameras

– Turn any shape, video plane, or paint stroke into a reflective surface in 3D space