Delivery : Instant Email Delivery
Swinggcat – Audio Course is digital course. We will delivery via your email with download links. You can online access with smart device or download to personal computer. 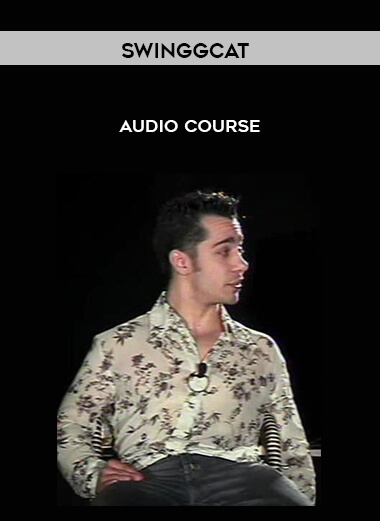 In the last few years several books have been written, audio courses made, and seminars given for increasing a man’s success with women. Some of these books and audio courses have some great ideas, however, a lot of what they say is coming from the wrong frame (guys, we will talk about what frames are and their significance Iater on).

I am sure some of you have heard other dating experts and gurus talk about the importance of believing you are the PRIZE. The problem is that many of these same experts are only teaching guys how to GAME women–game women in the sense of the man being a hunter who must entrap the PRIZE (the hot beautiful woman of value). This definition implies that men must court, pursue, and win over the approval of beautiful women. But trying to win a woman over assumes that she is the PRIZE in the interaction, not the other way around. So, how can a man both believe and convey he is the PRIZE, if he does things that assume she is the PRIZE? He can’t. What is the answer? The answer is to stop GAMING women and start PRIZING them.

PRIZING is getting a woman so emotionally charged, she is compelled to GAME, COURT, CHASE, and PURSUE you.

In a nutshelI, this is exactly what this book is about. Okay let’s get started!

Real Name: Joshua Seltzer
Affiliation: Real World Seduction
Website:
A significant contributor from the early seduction days, Swinggcat was a PUA that pioneered the idea of role reversal and prizing. His push-pull tactics were developed into products such as “On Prizing” and “Real World Seduction“.

Swinggcat is one of the early members of the seduction community, and is credited with introducing the techniques of push-pull and meta-frame. The character Grimble in The Game was largely based on Swinggcat.

We can’t believe it ourselves, but we got Swinggcat to agree to speak! This Original Guru from the book “The Game” pretty much never speaks in public. Swinggcat was one of the true innovators in the game, bringing us concepts such as Push-Pull, Prizability, and others. Maybe one of the best psychological minds out there, this man combines humor and storytelling with tactics that are simply unfair and should be illegal.

– Only ONCE before has he made an appearance at a major seminar, and we are glad to have him back again as he is truly one of the “Original Gurus“.
– Swinggcat owns & operates Real World Seduction.

Push/Pull is the creme de la creme of attraction tools. Master Push/Pull and you’ll leave women no choice but to feel attraction toward you…even if they’re repulsed by your physical appearance “Are you adventurous? Are you spontaneous? If you were in kissing school, what grade would your kissing teacher give you?” (get her answer) “Let’s find out.” (kiss her)