Delivery : Instant Email Delivery
The Master – Hollywood Camera Work is digital course. We will delivery via your email with download links. You can online access with smart device or download to personal computer. 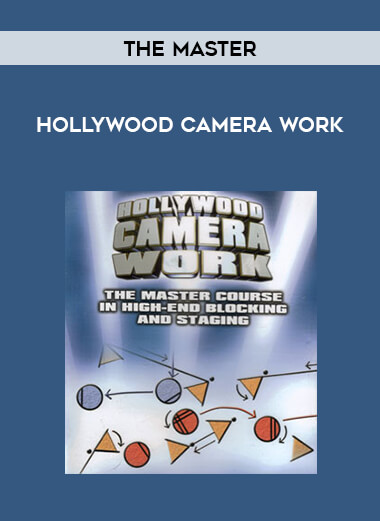 READY TO LEARN A LOT?

Years in the making, The Master Course In High-End Blocking & Staging is the most comprehensive and ambitious camera blocking course in the world.

A groundbreaking learning tool used by everyone from beginners to Academy Award winners, the course teaches high-end camera work through over 9 hours of 3D animated instruction on 6 DVDs.

Besides working with actors, blocking is one of the most important things a Director does, and should be really good at. Yet most books, videos and many film schools barely touch the basics.

The Master Course is a powerful system of single-camera blocking and an unprecedented language of camera work, that may fundamentally change the way you direct.

The course was created by director Per Holmes, who spent over half a decade developing an all-inclusive language of high-end feature camera work for personal use, and then realized how much others would benefit from these techniques.

The Master Course is far beyond any current filmmaking program, and is intended for professionals who want to take their blocking skills to the highest level, and those who are crossing over from another discipline, but can be used by filmmakers at any level who are committed to mastering high-end directing.

What You Will Learn

The primary goal of The Master Course in High-End Blocking and Staging is to do the most effective blocking with the highest production-value, and to build a vast repertoire of techniques to make Directing more expressive – and ultimately more fun.

The course also deals with the problem that blocking often grabs so much of our attention that we’re forced to choose between doing camera work or nurturing great performances. If we choose acting, the camera work suffers. If we choose camera work, the actors are often left to direct themselves. One of the key goals of the course is to have great camera work become so automatic that we can do both at the same time.

When shooting, we also too often abandon many great shots we had planned. When we’re under pressure, we revert to tried and tested techniques like two reverses and a master. Even if we know plenty of techniques, we often only use the ones we know extremely well, so another key goal of the course is to know techniques so well that we actually use them.

The higher purpose of the course is to do as meaningful and expressive camera work as possible. While the course spends a lot of time getting good at technical things like complex line-issues, the deeper goal is to have a profound understanding of the how and why of everything. Ultimately, the goal is to have as clear and precise an emotional impact as possible. All the hot moves we can create (and we do create a lot) are really means to that end.