Delivery : Instant Email Delivery
The Obsession Code- DVD is digital course. We will delivery via your email with download links. You can online access with smart device or download to personal computer. 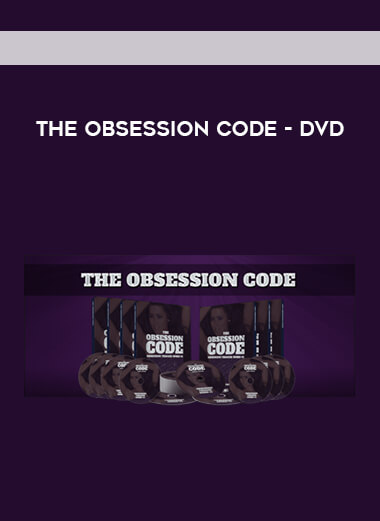 In this home study program, Jason Capital aims to show men how to activate obsession in a woman to make her wildly obsessed with them.

It uses 7 words rarely talked about to attract women who want to be around you and do what you want. The words are intended to lead you to creating a relationship where you are in control and have the power, as well as getting women to chase you.

The 7 forbidden words aim to:

– Magnetize a woman to you

– Make a woman feel she can trust you

– Make you intriguing and ultra-attractive

– Convince a her to believe that you are the one

– Getting her to implicitly trust you

– How to get her addicted to you

– Getting a woman to gladly do what you want

– Why women are turned off when you explain yourself

– The sign a woman is irrationally obsessed over you

– A quality that makes a woman do anything for a man

– The priority thing a woman really wants in a relationship

– Activating the female obsession DNA gene in a woman

– How to keep her obsessed over you for the long-term

– How to create obedience and compliance in a woman

– Become more attractive being in control of your emotions

– How emotionally dishonest destroys obsession in a woman

– Activating a woman’s obsession by the way you communicate

– Getting a woman to tap into her unconscious thoughts and feelings

– The 4 foundation characteristics of The Obsession Code man archetype

– Using your tonality to activate intense unconscious attraction in a woman